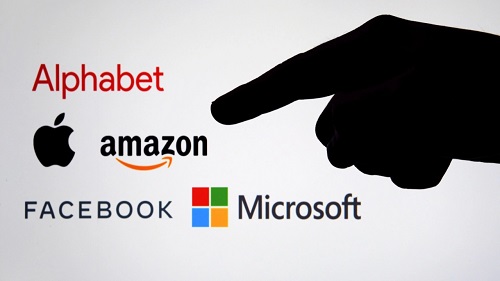 After the company’s earnings call for the second quarter, Meta joined Alphabet and Microsoft in delivering quarterly financial results that were below expectations. During a week in which mega-cap stocks saw a string of setbacks, the trio has all fallen short of revenue and earnings estimates, with Meta seeing its very first quarterly sales decrease ever documented.

Economic Slowdown
The financial markets had expected that earnings of mega-cap stocks, which account for forty percent of the Nasdaq and thirty percent of the S&P 500, could be in for a massacre as a result of the present slowdown in the global economy.

At the beginning of April, the International Monetary Fund (IMF) projected that the global GDP would rise by 3.6 percent in 2022. However, the IMF recently revealed that it was revising its 2022 global GDP prediction, and it is now expecting growth of 3.2 percent for the remainder of the year.

It would appear that this was reflected in the earnings report that was released by three of the most prominent technology businesses in the globe.

Alphabet
Alphabet, which is Google’s parent company, was one of the first firms to disclose their earnings this week. Unfortunately, the numbers did not meet analysts’ forecasts.

It was revealed that the company’s sales for the second quarter had increased by 13 percent to $69.7 billion, which was less than the $70.8 billion that was anticipated.

Microsoft
Both Microsoft’s earnings and revenue results for the second quarter were below projections, despite the company’s best efforts.

In contrast to the consensus forecast of $2.29 per share, the earnings report for the company that Bill Gates co-founded revealed that it only generated $2.23 per share.

Meta (Facebook)
Finally, Meta, which was formerly known as Facebook, posted financial figures for the second quarter of the year that were below expectations.

They revealed that revenue for the period of April to June came in at a total of $28.82 billion, which was a smidgen less than the anticipated total of $28.94 billion.

EPS, or earnings per share, were reported at $2.46, compared to expectations of $2.56 per share. This comes despite the fact that the number of daily active users on Facebook increased to 1.97 billion, which was higher than the 1.95 billion that was anticipated.

After the earnings call, Facebook’s Chief Executive Officer Mark Zuckerberg said, “We seem to have entered an economic slump that will have a broad impact on the digital advertising business.”