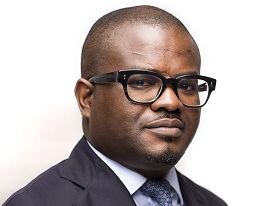 Charles Adu Boahen, Minister of State in Charge of Finance, has alleged that Vice President Dr Mahamudu Bawumia, needs just USD200,000 as an appearance fee and some positions by an investor for his siblings to get his backing and influence in establishing a business in Ghana, Anas Aremeyaw Anas has reported.

Barely a few hours before the showing of his latest undercover exposé, the celebrated investigative journalist in a post on his Facebook timeline stated that when his Tiger Eye PI team met with the Minister of State in charge of Finance in the United Arab Emirates, UAE, he stated, for the Vice President to avail himself to the undercover investigators who posed as investors, he will need an appearance fee of only USD 200,000 and also support their investment.

“You mean, like appearance fees and stuff? I mean he, himself (the Vice President), if you give him some (USD) 200,000 or something as a token, as thank you, appreciation, that’s fine. He’s not really, he’s not really (like) that. All he needs is to worry about his campaign money in 2020,” Charles Adu Boahen said when he was asked how an investor can get the attention of the Vice President.

He added that an investor must also consider opportunities for the siblings of the Vice President for his full support, apart from the USD200,000 appearance fee token to him.

“So, if you come with 3 or 4 projects and you say, we are doing this, we are doing that, (and) we are prepared to write a cheque for this, write a cheque (for that). You see, he has a big family. (The) Vice President has about 5 or 6 brothers and sisters. So, what may be, will happen is; if you tell him (the Vice President) that, hey, look, I want to do this project, do you have somebody that I can work with that you will introduce me to? And then, you know, he (the Vice President) will use that to immediately put his brother to work with us on a particular project. That’s how we would be able to work with him (the Vice President). You know what I mean? You see what I’m saying? And the development of his businesses,” the Minister of State in charge of Finance in the Office of the President added.