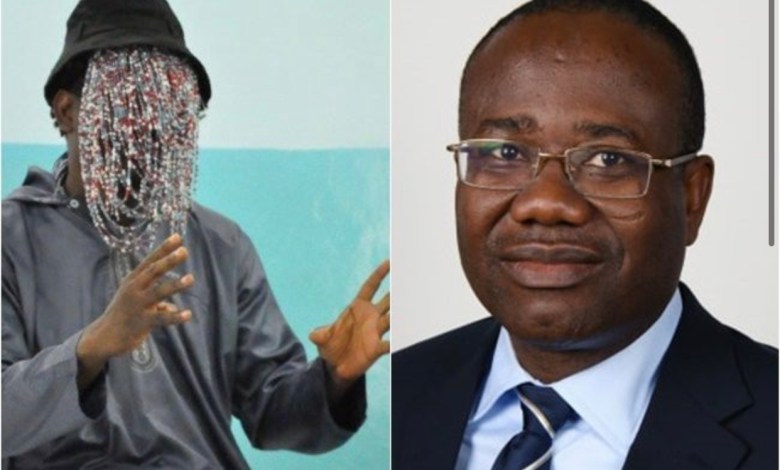 The Supreme Court of Ghana has delivered a damaging blow to Anas Aremeyaw Anas after ordering the journalist to appear in open court without his usual face mask to face Kwesi Nyantakyi.

The highest ruling body in Ghana ruled on Tuesday morning that the reluctant journalist must appear in court without any face mask covering to testify in the case with the former Ghana FA President.

Anas, who has been extremely reluctant to appear in court let alone without his mask, will now be publicly seen in court in his real flesh as he testifies in court.

This comes after the Supreme Court quashed an earlier ruling by a lower court giving permission to Anas to testify in camera.

The journalist, whose investigation led to Nyantakyi resigning several football posts, claimed his life would be in danger if he testifies in court.

The order of the High Court 2, Criminal Division granted permission to Anas Aremeyaw Anas to testify on camera in the case against Kwesi Nyantakyi.

But on appeal by lawyers of Nyantakyi, the Supreme Court ruled in favour of the former football chief and asked Anas to appear in flesh to be cross-examined in open court by Nyantakyi.

By this decision of the Supreme Court Anas Amereyaw Anas must give evidence in open court.

Nyantakyi is fighting his case against the controversial journalist in a bid to clear his name.

The former Ghana FA capo is serving a global ban following the documentary.

Nyantakyi, who was rising to the very top of global football administration, had to step aside from his roles with Caf including as 1st vice-president, the most senior figure at the confederation after its former president, Ahmad.

Nyantakyi and other football officials from around the continent were secretly filmed by undercover reporters receiving cash gifts as part of a documentary by controversial Ghanaian investigative journalist Anas Aremeyaw Anas.