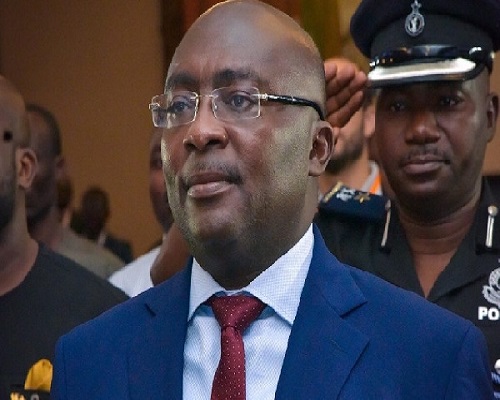 Vice President of Ghana, Dr Mahamudu Bawumia has condemned the supposed claim of paying an appearance fee to him before investors can “see him”.

Tiger Eye PI in its latest investigation has exposed the Minister of State at the Finance Ministry Charles Adu-Boahen.

In an article that is a prelude to a yet-to-be-released documentary dubbed “Galamsey Economy” Charles Adu-Boahen who met with Tiger Eye PI Investigators who went undercover as Businessmen runs his mouth about being able to get them to see the Vice President and even the President.

He, however, mentions to the investors that the Vice President will be given an “Appearance Fee” of $200,000 before he will agree to see them.

But reacting to the development, the Vice President has expressed shock at the claim of accepting an “Appearance Fee” in his office.

He indicates that as a human, his most priced asset is his integrity, and will never allow any individual to use his name for corrupt practices.

“I am not aware of any such meeting held by Minister Adu Boahen or a supposed “appearance fee”. My most cherished asset in life is my integrity and I will not allow anyone to use my name to engage in corrupt activities,” he said in a statement shared via social media.

He used the opportunity to call for the dismissal of the Minister of State at the Finance Ministry and called for an investigation into the matter.

“My attention has been drawn to a video by Anas Aremeyaw Anas (as posted on his social media handle) showing the Minister of State for Finance, Mr. Charles Adu Boahen, apparently using my name, inter alia, to peddle influence and collect money from supposed investors. I would like to state that if what the minister is alleged to have said is accurately captured in the video, then his position as a minister of state is untenable. He should be dismissed summarily and investigated.”