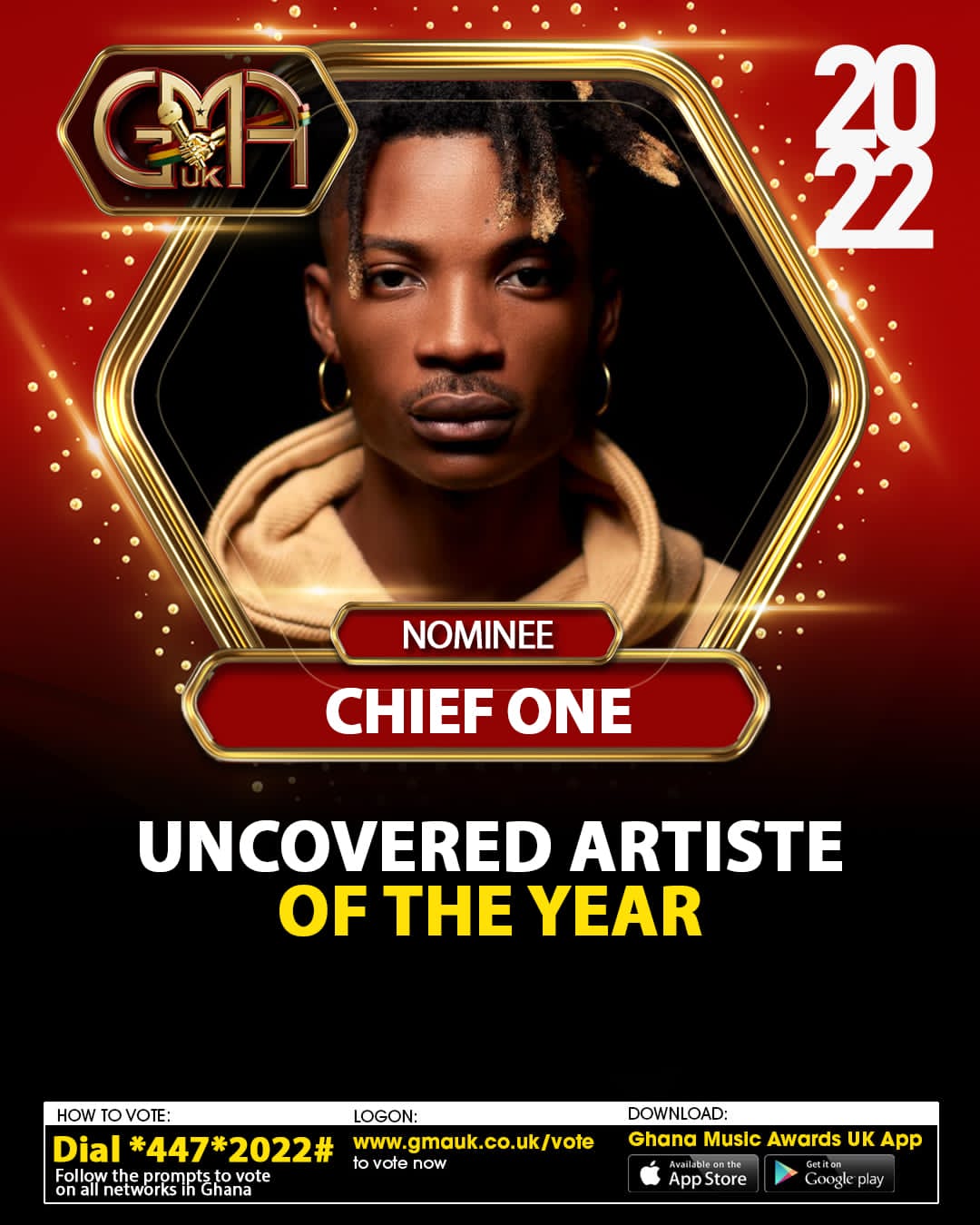 For the 6th time in 2022, Chief One has copped another major nomination!

Ghana Music Awards UK 2022 has nominated him as a promising act in the category of “Uncovered Artiste Of The Year” in the schemes award this year.

Here Is How To Vote For Chief One:

Log on to www.gmauk.co.uk/vote to vote for Chief One.

His maiden EP titled “Here I Come” has scored over 1.5 million streams across major international audio digital streaming stores. He is best known for major hits like “Young Boy”, “Mekamo”, “Nyemedzio”, “Du Agbe” and his latest sensation “Turn By Turn”.

Just last weekend, he dropped official video for “Turn By Turn” which has over 20,000+ organic YouTube streams within a period of 48 hours.