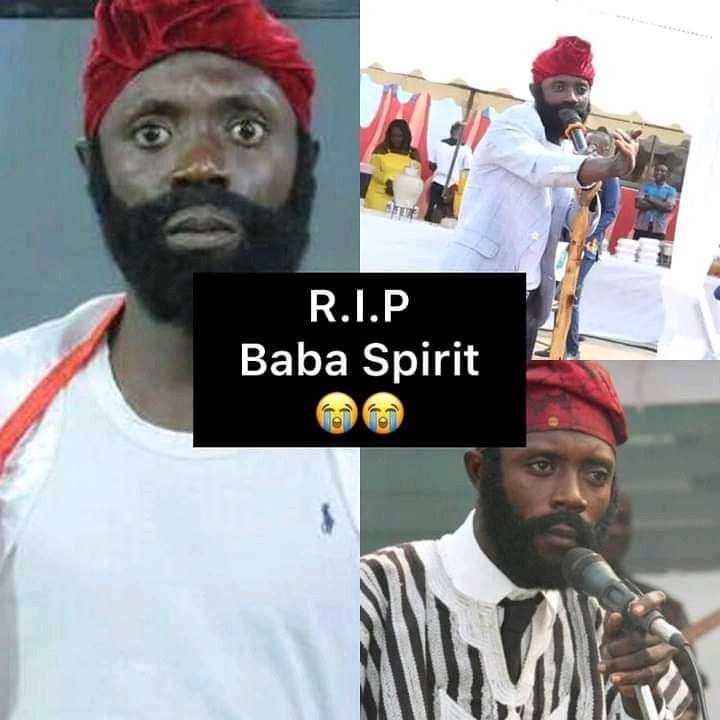 Baba Spirit was known for his controversial personality who was seen on television hosting spiritual shows. He has clashed with a series of personalities in the industry.

According to reports, the comedian and actor passed on at a hospital in Kumasi, a suburb of the Ashante Region called Kotoko medical hospital. It is reported that the comedian took ill and was admitted at the hospital but could not make it.

Recall that Baba Spirit and Ayitey Powers clashed some time back where the two fought on live television. The two appeared on UTV for a show and they ended up exchanging heated words which nearly resulted in a brawl.

The fight between the two came about after Ayitey Powers made a comment that Baba Spirit was sent by the devil to disturb him and also said some unpleasant words. The two have since then been involved in series of altercations on various media platforms.