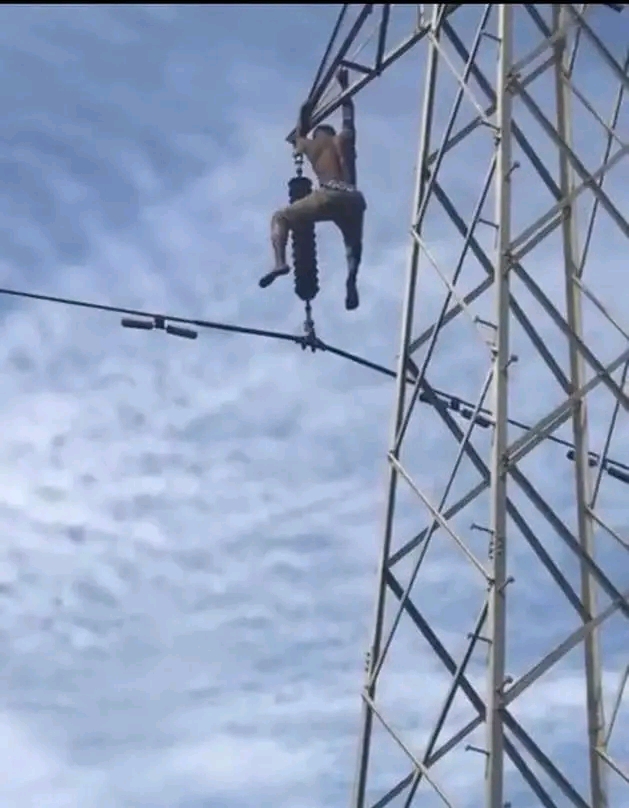 Former president John Dramani Mahama has voiced his displeasure leading to the death of one Kofi Kakra who took his life at kasoa due to economic hardship after returning from his trip outside.

The 24-year-old then proceeded to climb the pylon.

According to the former president, the hard is the worst Ghana has every experience since the last 3 decades and added suicide is never an option.

I returned from a trip to hear the sad news of Kakra who killed himself by electrocution.

The current levels of hardship in Ghana is dire and probably the worst we have ever experienced in the last three decades, but suicide is never the answer.

Even in the darkest night, there will always come the dawn.

The sun will rise again. Let’s be each others keeper. Let’s keep hope alive! 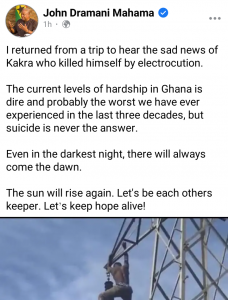