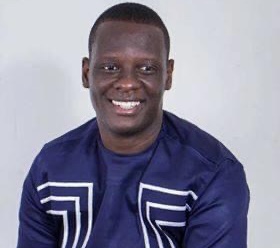 Former Ghanaian Hiplife artiste, Lord Kenya born Abraham Philip Akpor Kojo Kainya has stated that the current difficulties in the country is an indication of the end time.

Speaking on Kumasi-based Kessben FM, the ‘Enyom No’ hitmaker said anyone who thinks things will get better might be making a huge mistake.

“Things will not be easier in this world again and I want everyone to put this at the back of their minds,” he opined in an interview sighted by MyNewsGh.com.

He continued “Anyone who thinks that things will get better in this world might make a huge mistake because it will not happen and these are the reasons why.

“The time that Covid started, there was a very big agenda which was being championed a long time ago which was agenda 2020 and they started saying it so many years,” he narrated.

He explained further “It was planned and after that it happened which brought Covid which led to a lot of deaths and businesses also collapsed and after that the Russia Ukraine also continued.

“All these are factors that if you a worldly person you won’t understand but those of us who are Christians and understand the Bible know that the end time is near,” he ended.