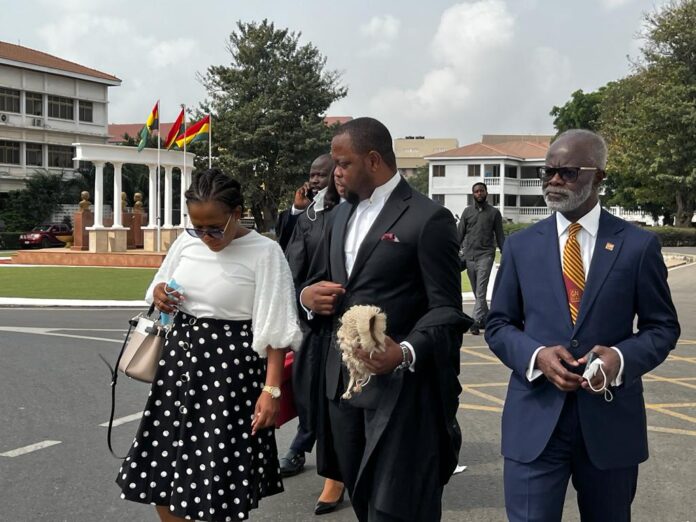 The Supreme Court has granted leave to Dr. Papa Kwesi Nduom, the founder of Groupe Nduom Limited who is challenging a decision of the Court of Appeal, to file his Statement of Case out of time.

Dr. Nduom, a businessman who also doubles as the founder of the progressive People’s Party is mounting a challenge against the Court of Appeal’s ruling last year that the revocation of GN Bank’s license by the BoG can only be dealt with at arbitration.

Counsel for Dr. Nduom led by Dr. Justice Srem Sai while moving the motion deposed to by Nana Ofori Owusu before a single Supreme Court judge, Justice Amadu Tanko admitted that his client had defaulted in filing their statement of case within the time specified by the rules of the Court.

According to him, the default was due to his genuine and inadvertent omission to
add the statement of case to the compendium of processes which he had caused to be filed in the Registry of this Court on November 23, last year.

He added that the said omission was not noticed until after the deadline for filing had elapsed and the Appellants and their counsel’s inability to cause the Statement of Case to be filed within time is severely regretted.

He contended that it was never deliberate, intentional, or otherwise intended to overreach the Court’s honour, grace, or dignity.

He, therefore, prayed the court that in the interest of justice, look upon the Appellant with mercy, and grant them and counsel the leave to file the statement of case in support of the appeal.

Lawyers of the respondents – Bank of Ghana, Attorney General, and GN Savings and Loans Company Limited, which is in receivership all did not oppose the request.

The respondents also waived cost, a development that drew the attention from Justice Amadu Tanko, who commended Justice Srem Sai for the work done. Justice Amadu Tanko after listening to the parties directed them to file their statement of case within 14 days.

On June 2, last year, a three-member panel of the Court of Appeal, unanimously upheld the Bank of Ghana’s application that the suit by Dr. Papa Kwesi Nduom, Coconut Groove Beach Resort Conference Centre Limited and Groupe Nduom against the Bank of Ghana’s revocation of the license of GN Bank be referred to Arbitration.

The Court held that per section 141 of the Banks and Specialised Deposit-Taking Institutions Act,2016, Act 930, the forum for such a challenge is arbitration and not the court.

The Court also held that Dr. Nduom and the other applicants had masqueraded their challenge to the decision of Bank of Ghana as a human rights application.

The Court, therefore, stayed the proceedings at the High Court and referred the matter to the Ghana Arbitration Centre.

But, dissatisfied with the decision of the Court of Appeal, Dr. Nduom and his lawyers led by Dr. Justice Srem Sai filed a motion at the Supreme Court to challenge that decision.