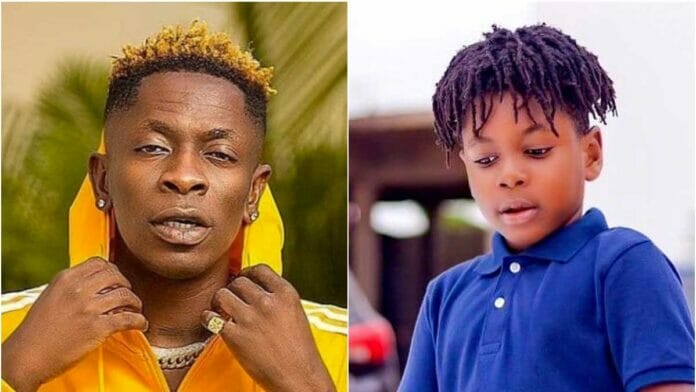 Charles Nii Armah Mensah aka Shatta wale, has voiced displeasure with the kind of hairstyle Michy has chosen for his son Majesty.

In an interview with Andy Dosty, Shatta Wale said that Michy, the mother of his 7-year-old boy, has denied him access to him and the chance to make any decisions for Majesty.

Shatta Wale expressed his disapproval of his kid’s haircut and said he had no control over it because his son was now in his mother’s care.

Nevertheless, he was not a fan of his son’s dreadlocks citing that his youngster is too young to wear dreadlocks.