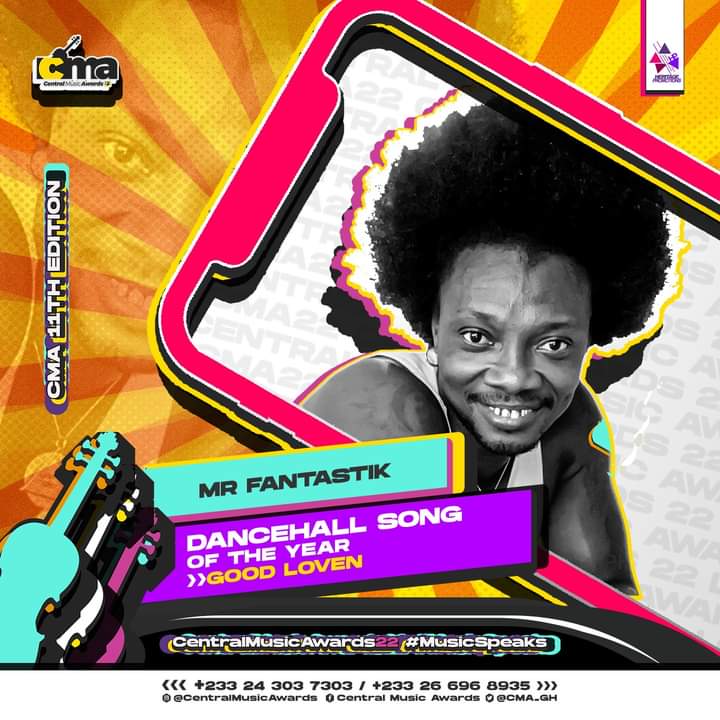 Mr Fantastik is well know on the music industry both in Ghana and very very popular in Canada. He has performed at bigger stages.

Receiving the award, he uses the opportunity to thank his fans who voted and supported his through his music carrier.