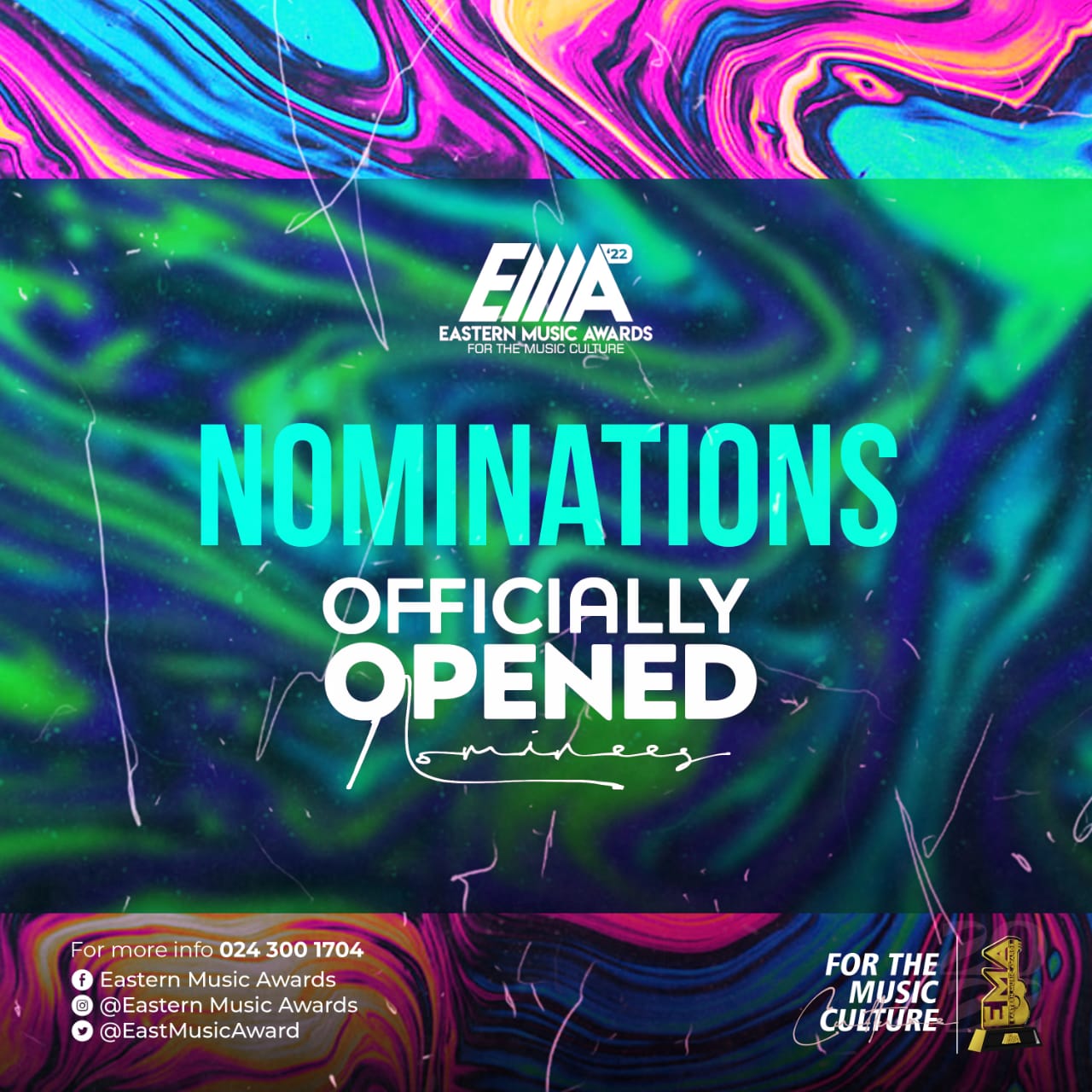 Hi 5 empire, the organizers of the Eastern Music Awards have opened nominations for this year’s edition.

Tagged us the best regional award in Ghana, the Eastern Music Awards is in its 6th year and still getting bigger than ever.

It has rewarded many musicians and music stakeholders consistently for the past five(5) years for upholding the excellence in their work.

The scheme is urging all qualified artistes and their teams to follow the processes given below to file their best works for consideration.

1. Visit the website Easternmusicawardsgh.com and locate the nomination forms.

2. Fill out the forms with all necessary information and submit

3. Wait for a confirmation message and close the tab.

All should note that only records that qualify for nominations would be selected. The year under review is from 1st August, 2021 to 31st July, 2022.

Please do file and remember not to blame the board or organizers for not being considered when you or your team didn’t file for the nominations.