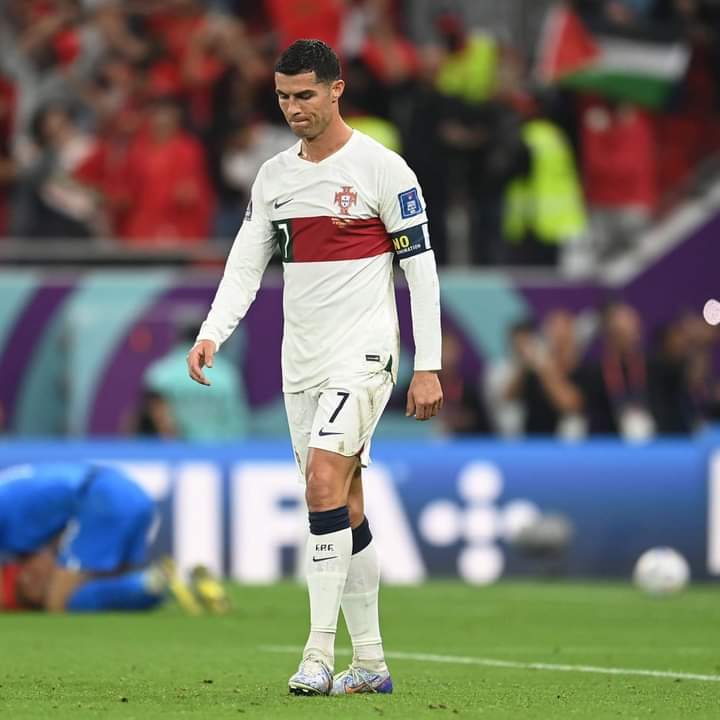 Portugal had their unexpected elimination from the ongoing world cup at Qatar after losing 1-0 to African counterpart, Morocco. This according to Ronaldo has end of dreams of winning the prestige cup for his country fighting for it over 16 years.

Reading from his post on Facebook, we can confirm that the “End Of The Road” has come for Ronaldo to end his world cup dreams.

Winning a World Cup for Portugal was the biggest and most ambitious dream of my career. Fortunately I won many titles of international dimension, including Portugal, but putting our country’s name on the highest foot in the World was my biggest dream.

I fought for it . I fought hard for this dream. In the 5 appearances I scored in World Cups over 16 years, always by the side of great players and supported by millions of Portuguese, I gave my all. Leave it all out on the field. I never turned my face to the fight and I never gave up on that dream.

sadly yesterday the dream ended It’s not worth reacting to heat. I just want you all to know that much has been said, much has been written, much has been speculated, but my dedication to Portugal has not changed not for a moment. I was always one fighting for the objective of all and I would never turn my back on my colleagues and my country.

Not much more to say for now. Thank you Portugal. Thank you Qatar The dream was nice while it lasted… Now, it’s hoping that the weather will be good advisor and allow each one to draw their own conclusions. 🙏🏽❤️🇵🇹