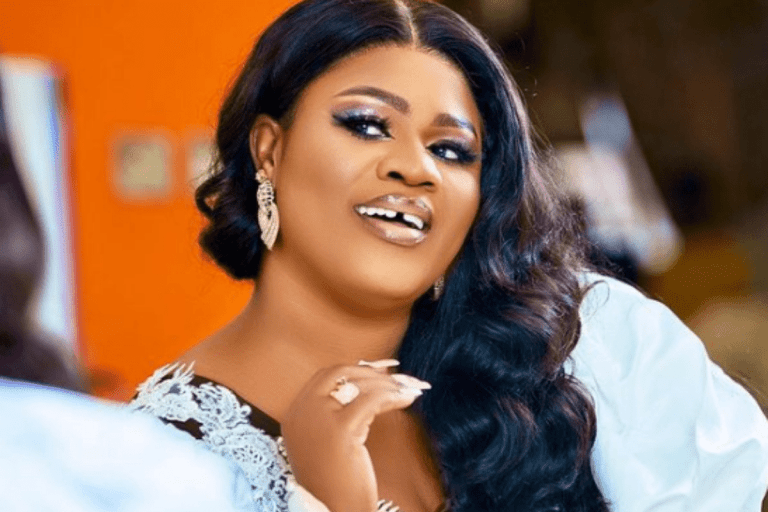 Hyebre Sesafo’ crooner and legendary gospel artiste, Obaapa Christy has stated that those who sing secular music but not gospel have also been called by God to do exactly so.

Christina Love now called Obaapa Christy who is celebrating her 20th anniversary in the Ghanaian showbiz industry revealed why she decided to do gospel music from the unset of her career.

She answered on Cape Coast-based Kastle FM “That’s my calling so I will say that it is God’s decision for me to do gospel music instead of singing about secular songs.

“The person who is also doing secular music I will say that is what the person has been called by God to do exactly so,” Obaapa Christy told Amansan Krakye.

She continued “It’s all good because everyone in this world and what God brought them into this world to come and accomplish.

So I will say that is what I have been called by God to do in terms of singing gospel music instead of doing secular songs,” she opined on the show monitored by MyNewsGh.com.