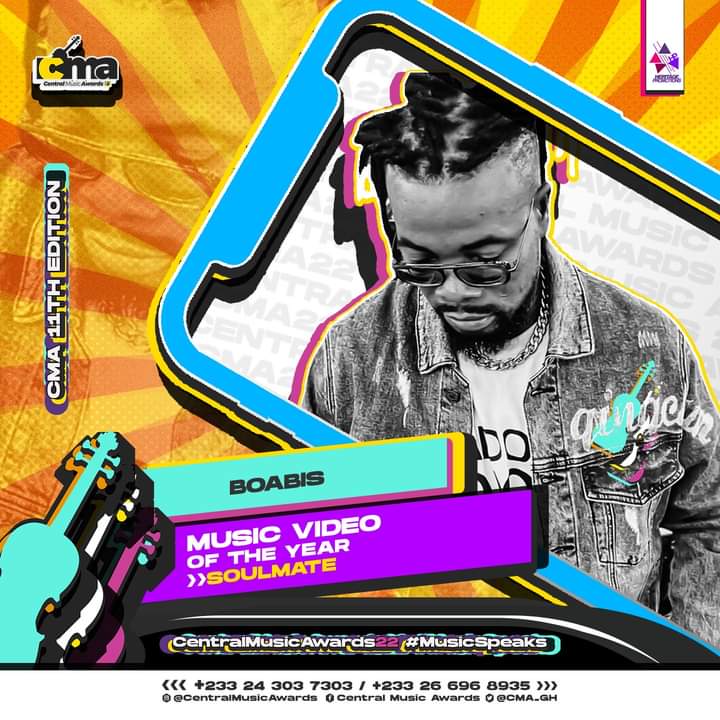 Soul mate wins music video of the year at CMA222.

Bismark Boakye popularly known in the entertainment industry as Boabis wins big at the 11th edition of Central Music Awards held at Glitz hotel at Abura, Cape Coast. His official video for ‘soul mate’ won ‘The music video of the year’ during the awards ceremony.
Soul mate has received massive airplays on major tv stations including Adom TV. The artiste was hosted on one of their entertainment programs ‘Ahosepe Xtra’. Soul mate music video is the best music video in central region now with the good content and carefully directed by Dvice Keyz
Receiving the award on his behalf, The manager King Pee used the opportunity to thank the fans and loved ones for their votes and massive support for the brand ‘Boabis Musiq”.
Be informed that, Boabis Musiq will be hosting it maiden event dubbed ‘Twifo Global Jamz 22’ on the 30th of December, 2022 at Twifo Praso this year.
See event flyer below 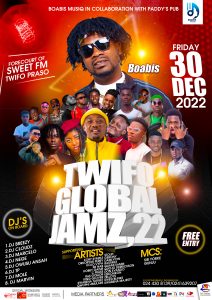 Watch the video from the link below