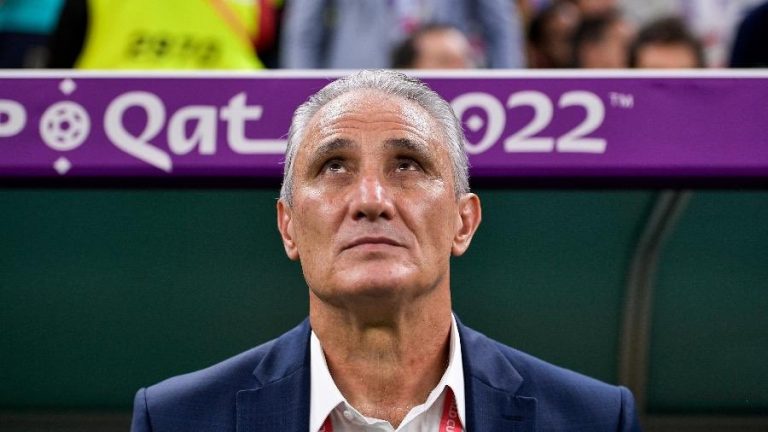 Tite has stepped down as head coach of Brazil after the South American country were knocked out in the quarter-finals of the World Cup by Croatia, having been favourites to win the tournament

Brazilian head coach Tite has stepped down from his post after the Selecao were knocked out of the World Cup by Croatia.

It is the second successive time Brazil have exited the World Cup at the quarter-final stage. Neymar scored a wondergoal in extra-time to put them ahead, but Bruno Petkovic equalised with three minutes remaining to send the game to a penalty shootout.

Rodrygo and Marquinhos both missed their spot-kicks and, with Croatia scoring all four of theirs, Brazil were sent crashing out. As a result, Tite has now left his post as head coach – a move that was decided before the tournament started in Qatar.

Tite announced his decision to leave his job back in February, confirming that he was ready to take on a new challenge. He had spent six years in the job after replacing Dunga in June 2016, but admitted he would depart following the tournament in Qatar.

“I’m going until the end of the World Cup,” Tite told SporTV. “I have no reason to lie here. I don’t want to win any way. I’ve won everything in my career, the only thing missing is the World Cup.”

He led Brazil to the quarter-finals of the 2018 World Cup, where they lost to Belgium, before going on to win the 2019 Copa America. But his final year in charge was one of disappointment, losing the Copa America final in 2021 before crashing out of the World Cup.