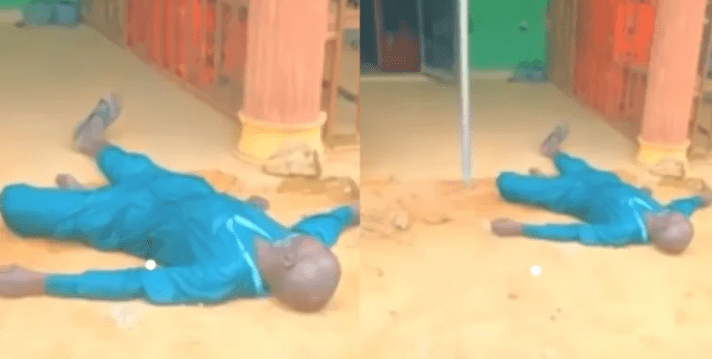 The man had placed his friend’s money on a bet but he later collapsed.

A man had put his friend’s money at risk by placing a bet in the hopes of winning a fortune but lost and collapsed as soon as he realized the outcome.

According to the report attached to the video that has gone viral on social media, the man borrowed N200,000 equivalent to ₵4,000, and boldly bet with it, but things swiftly went bad.

In the viral video, the man was seen collapsing to the ground, unable to stand up after the shock, waiting for him to return home.

As you can imagine, instead of rushing to his aid, viewers had a fun day recording him as he lay motionless on the ground.

Watch the video below by clicking on the link: