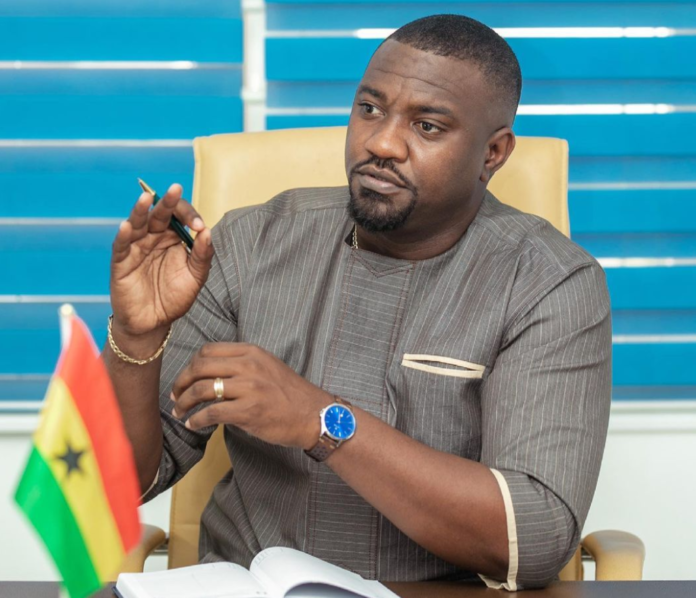 Ghanaian farmer and politician, John Dumelo, has taken to Twitter to give out reasons why the Ghanaian Cedi is performing best against the US Dollar in the past days.

According to him, the US Dollar is not performing in December because importers are no longer demanding for it due to the Christmas period.

“$$ will keep coming down in the next few weeks. Reason: 1. Importers don’t need $$ now, they have enough goods for the Xmas period. 2. $$ are in the system due to Xmas visitors,” he wrote.

The Cedi, having lost more than 50% of its value in the course of the year, gained 10% against the greenback. The Cedi to Dollar exchange rate was as high as $1 to more than GH¢15 this year, but currently trades a little above GH¢12.50 to the dollar.

The Minister of Finance, Ken Ofori-Atta, disclosed in the 2023 budget statement that Ghana’s public debt scaled-up by GH₵93 billion (about $7.2 billion at current interbank rate) due to the depreciation of the Ghanaian Cedi in less than 11 months this year.

On December 4, 2022, the government officially announced a debt operation exercise called ‘Domestic Debt Exchange’ which outlined the nature of debt restructuring for domestic creditors. This is to pave the way for the much anticipated $3 billion IMF bailout package.

But reacting to this, Mr Dumelo said the Dollar might go up in January when importers go back to work and major foreign companies have to repatriate their profits.

But $$ might go up in Jan cos importers need to restock & foreign companies hv to repatriate profits, he said. 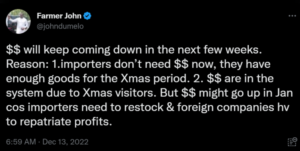